My primal scream from last week retains all of its anguish, sorrow, and perceived urgency. I still want more Slaanesh, still think it’s a tragedy I don’t have it. I had a conversation the day after posting about Khorne where a friend casually said “Well, aren’t they getting rid of Slaanesh?” It’s horrifying that such a concept has permeated the consciousness, or that it could gain any traction in the first place.

All that said, though, it sounds like the Khorne Daemonkin codex is quite solid. Though there’s been plenty of not-ink spilled on its behalf, this article provides a pretty solid overview of the codex and its offerings. In all, and before seeing the rumored point reductions, the codex gives me hope that I will see one of these for the slickest, writhingest of Gods soon. The mechanics presented do some interesting new things, fix some stuff I never expected to see changed, and address one issue I freely admit I hadn’t considered for Khornate fellows. Let’s hear it for the boys in red!

In brief, Codex: Khorne Daemonkin does what it says on the tin. It puts Chaos Marines and Chaos Daemons, all of a Khornate persuasion, into a single frothy melange. The forces are a comprehensive list from both codices, so you have cultists, Bloodletters, Chaos Marines, and Berzerkers at Troops. That’s fair, as the last on that list would generally be a troop choice with a Khorne Lord anyway. That frees up the elite slot for Termies, Possessed, and Bloodcrushers—and it’ll be interesting to see whether people put all of their guns into that slot on Terminators or opt for some Bloodcrushers to score early Khorne Points. Heavy Support offers some more guns with the Daemon Engines of all types, Land Raiders, and a Skull Cannon. I’m thrilled that the Land Raider’s available, because when I was composing this post (during my shower, like one does) I was thinking I’d have to bank on casual games—and hopefully gaming as a whole is moving in this direction—not caring about a 2-source limit to get my guys in a Land Raider.

Fast Attack has Bikes, which also seem like a valuable contribution to these forces. Spawn are quick too, but they don’t have any armor and aren’t T6 in a Khorne force. They also don’t see much benefit from the Khorne mark, which lets them stay cheap but doesn’t much commend them. It’s also notable that this is the first Chaos option to get Rhinos in Fast Attack, which opens up a lot of options for supplementing Daemon forces with tons of wee metal boxes full of, and I’m just spitballin’ here, Daemonettes! Warp Talons/Raptors probably see as little use here as anywhere, since you could be deepstriking Daemons instead. The venerable Heldrake continues to exist too, and I suppose would be most attractive in an autocannon capacity providing long-range S8 for popping transports. Which, luckily, is a much more doable way of running a Heldrake than the traditional flamethrowing method.

There’s also a Lord of Skulls, so Chaos has a Lord of War now. Not the Bloodthirsters as Lords of War that seemed likely due to the Strength D on one of them. Much like the Skull Cannon and Throne, I’m not a fan of the aesthetics with the Lordie, but he exists, and he has a big flamethrower, and he won’t easily blow up. That’s a thing, but to continue playing my Blastmaster, I’d surely love to see something in another God’s flavor. I also wasn’t especially clamoring for a superheavy, though, since I don’t care for their presence in the game overall (and unless the standard points at which friendly games are played go up by the cost of one, I don’t see my attitude changing).

That’s a solid list! Initial discussions seemed to focus on the idea that Khorne had no guns, but that’s a list that has a significant number of guns! Not at troop, but that just lets you bring a lot of bodies to get shot to death, which you need.

That’s also what you want, though, because the codex gives Khornates a stacking points system based on killing or losing units. I’ve seen some quick talk of buying up bunches of Cultist bodies for this purpose, but I think that talk underestimates how quickly and willingly a Bloodletter will die for you.

The thing I hadn’t considered a devotee of Khorne not getting was summoning. That’s because, if you look back at the other post I wrote, the local Khorne fans tend to be deep in the Berzerker CSM side of things. If someone was really devoted to just Khorne, though, the summoning wouldn’t be on the table. The system they have access to now is fundamentally limited, which feels god-appropriate; unless you’re up against a summoning army. It gives you the gas to get there, or potentially bulwark a losing game—say, against Knights who will crunch most of your assault units quickly—and summoning’s far from the only choice on the list. You can go for quick, cheap psychic defense, stronger assaults, or resilience when faced with superior firepower or prolonged combats. All in all it’s another interesting and unique way to sell a box of codex-specific cards without granting psychic powers to the guys who are supposed to hate them.

Then there’s the thing I never thought I’d see go away: Instability. This is tremendous! I spent a chunk of time earlier in the year…let’s say “debating” the LGS doubles tournament rules. There was an initial decision to have partners follow the full ally matrix for the other player’s armies, as opposed to the traditional method of treating the other army as allies of convenience. I explained, calmly and in detail, how this benefits Space Marines and Eldar players immensely, while doing nothing for most other armies and particularly Chaos players. Instability has been a tremendous roadblock to letting a Chaos player do anything useful with Battle Brothers, particularly since Chaos Sorcerers are going to have two psychic powers tied up in God powers (including at least one that will never be a buff). 7th at least let you put a Daemon in a Chaos Marine transport, but that was it. Now, though, one can start putting Terminator-armored Chaos Lords in units of Bloodletters to soak wounds; or Juggerlords if that’s a thing. Similarly, one could slip a cheap Herald of Khorne into a unit of shootist Terminators to gobble up challenges and discourage assaults.

So the book is exciting. Not as exciting as the stuff I dream Slaanesh gets down the line, but very exciting. It’ll still probably see some play by me, though. I’m thinking I’ll convert my three Burrowing Horrors to serve as Juggernauts: 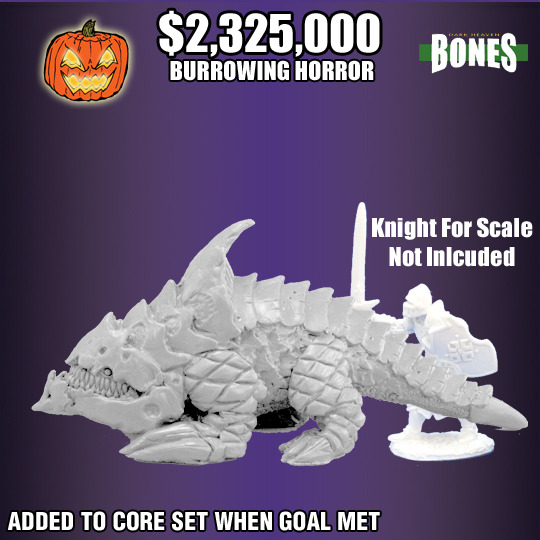 This had already been the plan, but before it was a vague “I can do this thing” versus now, when it’s a “I actually gain value from doing this thing.” I’m thinking I’ll magnetize them to take Bloodletters or CSM so I can run the Juggerlord when it’s appropriate. However, that’s still more of a thought-project.

The actual way I see myself using Khorne Daemonkin is a direct refutation of the bleak scenario I painted in the previous post. There, I said:

You can throw your ‘letters into a Land Raider, and I’ve even thought about building an 8-man unit of Heralds to ram down my opponent’s throat in a spray of flaming swordery. However, that’s a tremendous amount of points to deliver a unit which is still going to lose a significant number of its troops to any MEQ it charges into; the AP3 on the swords is great, but you’re striking at the same initiative at best, and even overwatch has a great chance of stripping one or two models. Since the transports limit how many troops you’re bringing on that charge, your overall results are likely about as bad as just footslogging 20 ‘letters.

Welcome to the new Khorbama’s America, though, where this is no longer a thing! 8-man units of Bloodletters give me two slots for either double Heralds or—and I think that this is more likely—Herald and Chaos Lord. That gives me some armor saves at the front of my boys, and more critically, it gives me grenades. I could also, now that I’m thinking about it, put some Terminators in the ‘Raider with Heralds, though in that case I’m losing those sweet grenades.

So who knows, I might even go 3xTerminators, 1xTerminator Lord (grenades!), 2xHerald. That’d be a crazy little nest of assault, and while it’s a tempting target for shooting I don’t expect stuff to die in the explosion like a horde of Bloodletters will, and firepower directed at them isn’t directed at my Soul Grinders. Plus I’d finally be using that Land Raider, which I’d primed and planned to paint up as a bloody red rage altar that, before, didn’t necessarily fit with the flow of the rest of my army. I simply wanted to do it that way because aesthetically it felt the most sensible; a Land Raider’s not very Slaanesh.

I also like that the Codex gives me an opportunity to take Flesh Hounds in a different Fast Attack slot; a lot of my armies run two 10-man units of Chaos Furies plus the always-critical Screamers, so that’s Fast Attack spoken for. It’s not as though it’s difficult to summon Flesh Hounds, and I usually do turn one, but having some scouted up to draw fire, then get replaced, is appealing.

It’s more common than you think!